If you build it, they will ride: pop-up bike lanes prove that demand exists 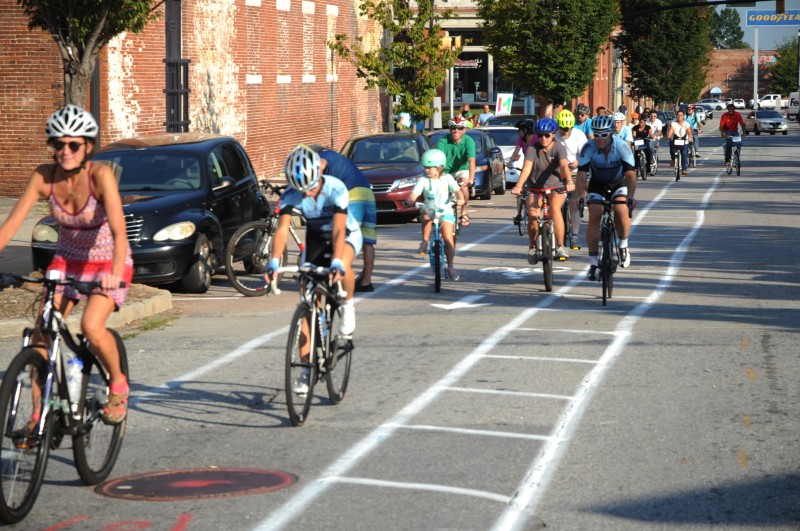 Last September, the town of Macon, Georgia installed a network of temporary bike lanes. In the two weeks that the lanes were up, bike traffic increased by nearly 900 percent, more city residents were inspired to ride instead of drive and many residents also visited places that they normally wouldn’t because of the ease of access.

The project, known as Macon Connects, was the brainchild of NewTown Macon, a non-profit that’s primary goal is to revitalize the downtown of the city. Macon was awarded $150,000 to complete the project through the Knight Foundation‘s Cities Challenge, a nationwide competition launched in 2015 to generate ideas to improve cities. Macon was one of 45 cities to receive funding in 2016. 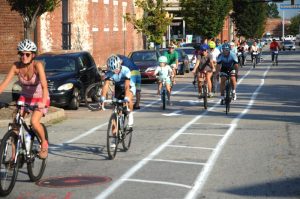 Based on public forums, it was obvious that the residents of Macon wanted more mobility options. The most convenient mode of transportation is by far the car, and the only bike or pedestrian path in the city is a trail along the river that skirts through downtown but doesn’t connect much of anything.

In the past, the city government had put up three non-contiguous blocks of bike lanes and then claimed no one rides. Macon Connects set out on a mission to change that perception. With eight miles of temporary bike lanes, the increase in bike traffic was astounding, proving that if you build it, they will ride.

“People ride bikes when it’s safe and comfortable to ride bikes,” says Josh Rogers, President, and CEO of NewTown Macon. He also adds, “Bike lanes work, but you have to do it with scale and you have to connect places.” 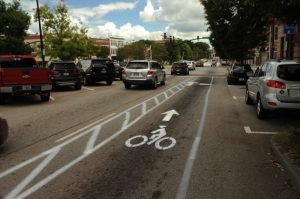 After the two weeks were up, the temporary lanes came down, but not without lasting impact. A few permanent bike lanes have already been built since the experiment, with plans for more on the way. Now, every time a road is repaved, it will be evaluated to see if a bike lane can be added. One of the city’s traffic engineers even volunteered his time to design a bike lane that connects four neighborhoods to downtown Macon, while a private donor paid for its installation. 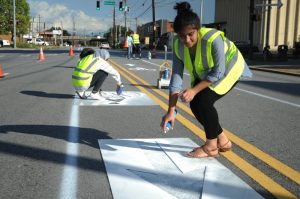 Rogers emphasizes the importance of having open-minded public employees who might be willing to take some risks to make a project like Macon Connects happen, and also how fun it was to work with such a dedicated and enthusiastic group of people. It was a lot of work, but it was worth it. And it’s only just begun.